Bringing the Best Out of People: Pepe del Río [Podcast] 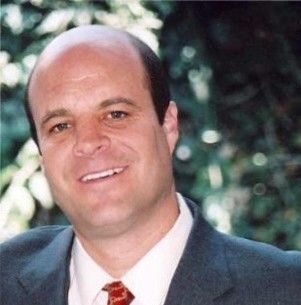 José Manuel (Pepe) del Río Zamacona’s motto is “Empower my clients” and in our conversation it was evident that he lives and breathes that. Pepe sees people in terms of their “enormous potential” and works with them on that basis. A master coach and President of the International Association of Coaching (IAC), Pepe specialises in executive and career coaching, communication and outplacement. He is a master trainer of public speaking, persuasion, media training and assertiveness. He gives workshops and conferences every day in Mexico and in different countries, on a range of topics including communication, coaching, transition, human development, and sales.

Pepe’s work with executives, especially of late with corporate leaders going through a rough time, for example losing their job, and also top executives employing executive coaching when they want to engage more with their people and communicate with them more effectively.

The loss of a sense of worth and self-esteem when executives lose their job, especially those who have come to think of themselves as the position, not just playing that role for a time.

In these times, executives needing to train themselves like professional athletes, fit and ready to play for another team.

Story of the top executive who lost his job and could not tell his wife, and how with Pepe’s coaching he was able to make a very successful transition.

Importance of connecting with one’s values and vision.

Role of leader to develop leaders – everyone should be a leader.

Know that you can be a leader, even while working for somebody else.

Leadership as a process and as being about serving others.

Treat people as if they were what they ought to be, and help them become what they are capable of.

Pepe shared a fascinating tip on how to keep people engaged, even when the job might appear repetitious and boring, and helping them see that their job, however lowly or menial, matters.

Pepe’s clients are high performance people who want to take their results to the highest level of personal performance. Executives in transition process between one job and another. People and companies that want to communicate better and persuade.

Pepe can be contacted via social media, via Twitter – @coachpepedelrio or Facebook His company is Del Río Training.