What Are the Top Social Networking Sites Globally? 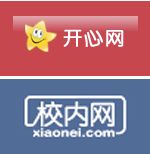 I’m by nature a pretty trusting sort of person. But one of the effects of my having gone to China for a couple of weeks late in 2007 is that I can no longer look unquestioningly at a table of statistics about anything to do with the Internet.

Because so often the figures I read don’t seem to take account – or sufficient account – of the truly extraordinary amount of online activity in China.

Or indeed of activity focused on some other countries, such as, for instance, India and Brazil.

As a case in point, when scanning my feed reader today, I noticed a post from Mashable, headed “Top 20 Social Network sites, December 2008“.

Great! I thought. This will help me with a couple of presentations I have coming up over the next week or so.

Some of sites listed were familiar – household names you might say – others not so familiar or not at all. The problem was that there were sites I expected to see but weren’t there.

Here is the Mashable list in order of “topness”  (you can see the detailed stats at their blog post):

So where were, for example, Friendster and Orkut, ranked by Comscore in July last year just below hi5 but above  Bebo?

The Mashable list is from Nielsen Online and is described as follows:

This is a custom list compiled by Nielsen Online PR, with help from our media analysts. While this list is not meant to be exhaustive, it should give you a good idea of the significant players in each space.

(Don’t know what the “in each space” means: the chart does not distinguish “spaces”.)

Does the absence of Friendster and Orkut mean that the measurements used by Nielsen excluded them, or is there a cultural or geographic or linguistic zone we are meant to understand as framing the Nielsen chart adopted by Mashable?

If you look from the perspective of Asia, Friendster, now in Japanese and Korean as well as Chinese and English, is hard not to notice – for example, Friendster is described by Singapore-based Nicholas Aaron Khoo as “the mother of all social networking sites”.

As for Orkut, it is apparently the most visited website in Brazil and the second most visited in India, thus no doubt accounting for its ranking by Comscore above bebo.

And I’m curious about where the China company TenCent’s QQ service ranks. According to a presentation written up on ReadWriteWeb last year, QQ with 300 million subscribers is significantly ahead of Facebook with only a fifth of that number at the time. Some might argue (as one commenter on the RWW post does, that as an IM service, QQ does not qualify as a social networking service), but I would love to find somewhere online some reasonably objective and detailed discussion of such issues and the basis on which “league table” lists are prepared.

What about Kaixin (a China “MySpace”), Tianji or Wealink (think Linkedin/business), Sina or Sohu (think Yahoo!). Where would they fit, or not, in a global league table?

And what would happen if revenue and or profitability were to be included as critera for “topness”? According to one source, QQ’s Qzone in China generated USD442 million revenie in 2007, as compared say to Facebook’s apparent revenue for 2007 of USD150 million: and of that QQ Zone figure, USD219.1 was profit – I don’t know whether Facebook made a profit but from what I’ve seen so far it did not. (Facebook revenue link via Techcrunch)

Whatever the details, I believe there is a bigger framework for discussion of “top” social networking sites than is indicated by tables such as that from Nielsen via Mashable. I’d like to see social media professionals asking more questions about the basis on which such tables are prepared, the underlying assumptions, what has not been covered, how the statistics have been gathered and processed.

In the interim, I hope that those who run “top whatever” lists will tell us whether we are to take those as being truly global, or – say – Anglophone or USA+Canada or whatever the underlying framework is. I don’t have a problem with some zones being excluded from a list: it would just be helpful to have an accompanying statement to that effect.