In my previous post in this series on setting up a community site, I summarized the concept of the site I am working on, using the WordFrame platform, as being focused on social media in the geo-political region which includes China, South East Asia and Australasia. The name – Social Media East.

This post is about clarifying the purpose of the site.

The key distinction: the concept is what the site is about, the purpose is what it is for, or what it is trying to achieve.

As with the previous post, this one will be somewhat discursive: rather than simply stating the purpose I have decided to focus on, I explain the thought process that led me there, sharing a couple of the twists, turns and backflips along the way.

That’s not out of any particular fascination with my own thought processes: it’s because I recognize that ideas about the purpose of a site do not always spring, fully formed, from the mind of the site initiator. My sharing the process is intended as an encouragement to others to play around with your initial ideas and not necessarily settle on the first idea that pops up.

Before setting up a community site, other than for, say, an established association or clearly defined, “ready to act” community of interest, It will generally be a good idea, even essential, to do some market research to see what sort of site might be attractive to the people you want to visit the site and participate.

In other words, is there a community in place likely to use the site, or is there evidence that a community can readily be built around the site?

My reading suggests that the process is more likely to be successful when there is a community already in place than if you have to seek to build a community.

But in the case of the planned Social Media East site I am pressing ahead without doing a formal market research exercise. That’s not because I think I have nothing to learn – far from it.

In short, I believe there is an emerging community of people interested in the subject and already discussing it and where a site dedicated to the subject of social media, with an emphasis on this region, could be useful and attractive.

And where do Australia and New Zealand (“Australasia”) fit in that? My view is that we are, as in various areas of geo-politics and culture, to some degree in the middle, a potential bridge if you will, between West and East. We have, still, a predominantly European or Western culture but we are physically and to some degree culturally located in the broader Asian region – and our fortunes are very much bound up with the fortunes of the Asian region. That give us a particular interest and perspective on the issues.

About here is where I should say that, as I thought about the community aspect, I even toyed with defining the purpose of the site as being focused on community, in the sense that, as “community”=”people”, that was a fundamentally more important topic that social media, which are simply tools for the community. This is another aspect, or broader view of community, as distinct from the narrower concept of “the community of people interested in social media”.

But as I thought about that more, and went through a page or three of mind-mapping, I came back to the fact that I really wanted to have a site focused on social media.

Which I is how I came to a degree of clarity about the purpose I have in mind for the site.

So here is my statement of the purpose of Social Media East, a statement which I feel is clear enough to enable me to proceed systematically, although I may well tweak or amend it in the light of experience.

The key purpose of the site, Social Media East, is to provide information, content and conversation about social media, with a focus on the region (“East”). 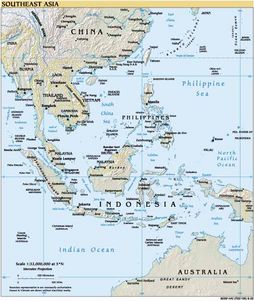 And as the WordFrame platform comes ready-made with social media tools as well as document management tools, the fulfilment of the purpose will be facilitated by inviting others with an interest in the subject to make their own distinctive contributions.

Further, the WordFrame tools for group and sub-group collaboration will allow the provision of resources for particular groups, for instance regional or subject-focused groups, to have their own “space”. So there is scope for sub-community activity within the broader framework.

There is of course the risk that there will not be a sufficient level of interest to make this a dynamic project. I can live with that. At the very least I will have put together some resources which may prove useful to someone, somewhere, some time.

And I will have the practical experience of setting up and managing a WordFrame site and sharing that experience as I go, which can only be a plus in terms of my ability to relate to and help WordFrame customers.

So now, having established the concept and purpose of the site, in the next post in this series I will look at the people who might be interested in the site, whether as readers (including subscribers) or more active participants.

1 thought on “Setting Up a Community Site: #2 Purpose”